Have you seen the new Penticton Airport billboards? 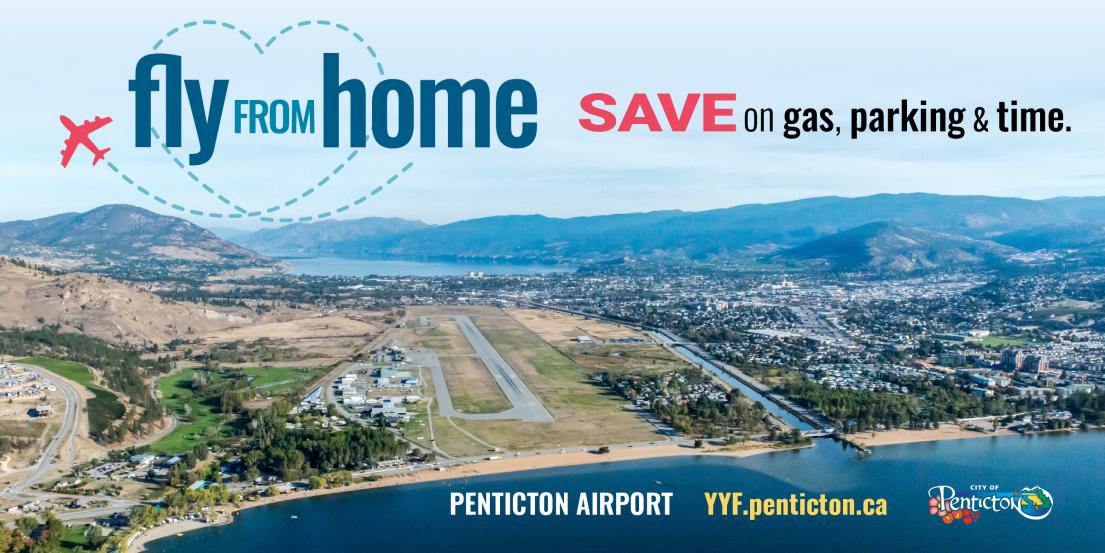 Penticton Airport is your convenient choice for air travel. It’s about arriving at the airport within minutes, saving on gas, parking and time. It’s about being able to fly from home quickly, easily and stress-free.

YYF plays a critical role in the lives of residents throughout the South Okanagan. The airport community employs more than 200 people and offers first response to emergencies and natural disasters.

It’s located in the traditional territory of the SnPink’tn (Penticton Indian Band) and has connected the South Okanagan area to the world since the first aircraft landed on May 2, 1941.

For all these reasons, and more, the COVID-19 Safe Restart Task Force recommended that the City to continue investing in airport marketing as part of its economic recovery strategy. The task force deemed it a high priority to ensure this airport continues to be on the radar for commercial carriers in the years to come. It’s essential for economic development, supporting the local economy, and to attract new investment.

Efforts to promote the airport have included creating a new website, at YYF.penticton.ca, social media channels, newsletter updates and strengthening connections with operators based at the airport. A new video is also in the works.

In addition to being certified for scheduled commercial airline operations, Penticton Airport is a base for BC Wildfire Service, PEP Air & Civil Air Search and Rescue, renowned flight training schools, flight tours and charters, and general aviation enthusiasts, including the Penticton Flying Club. The airport is owned and operated by Transport Canada.

Watch for these new billboards – mounted at both the north and south highway entrances to Penticton.

Pictured below: Time for a clean change! The old billboard being replaced near the Channel. 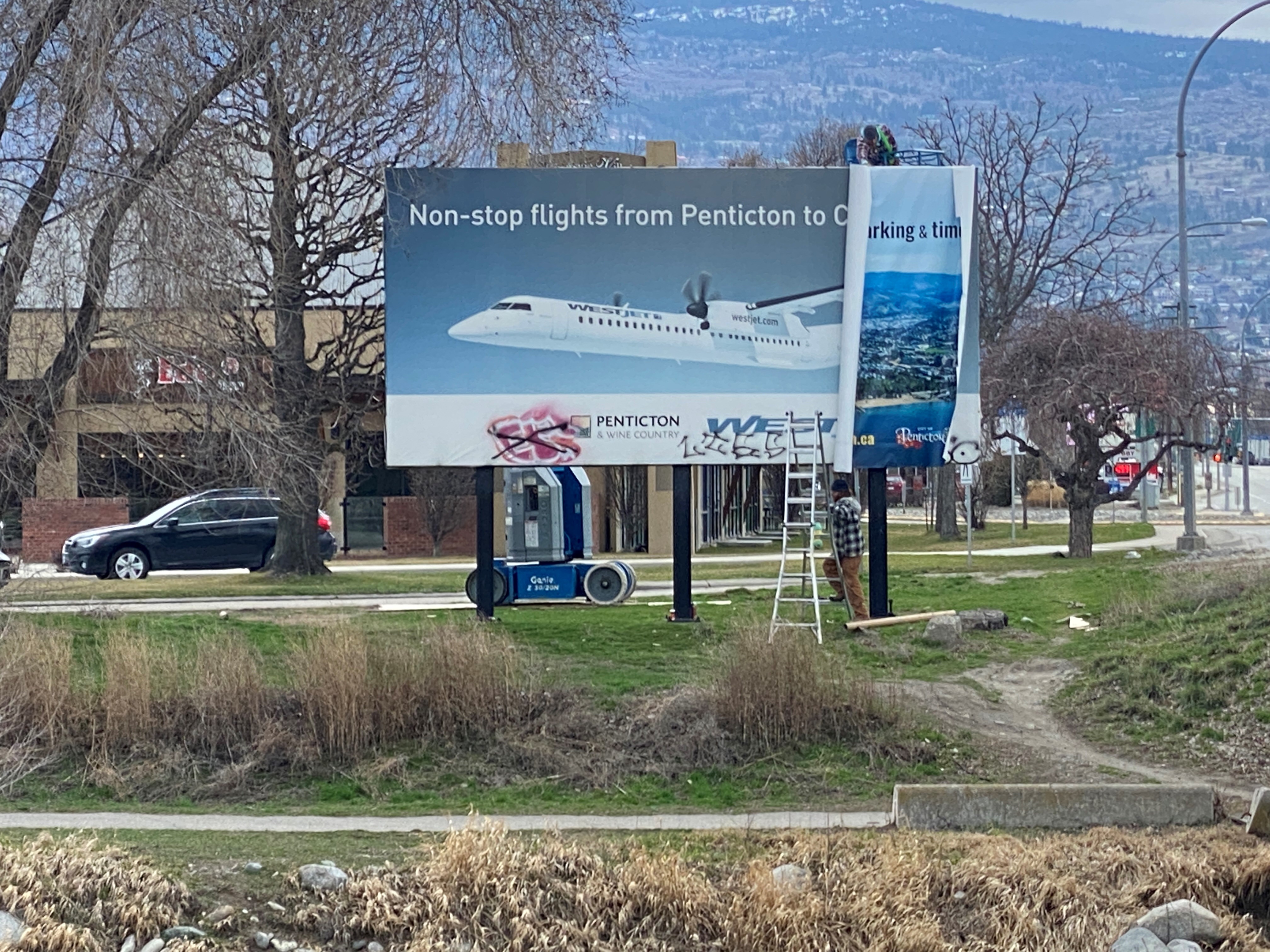 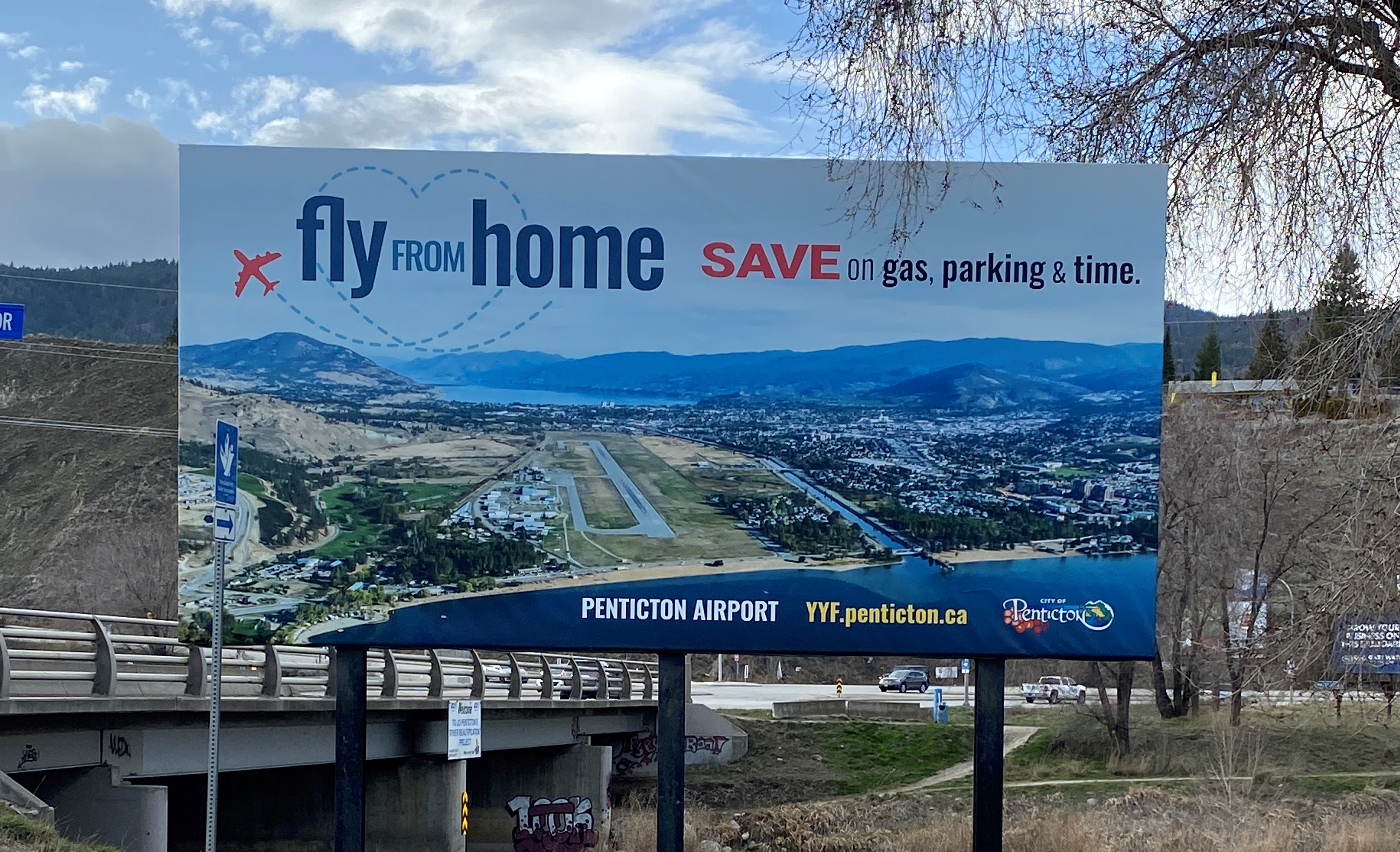 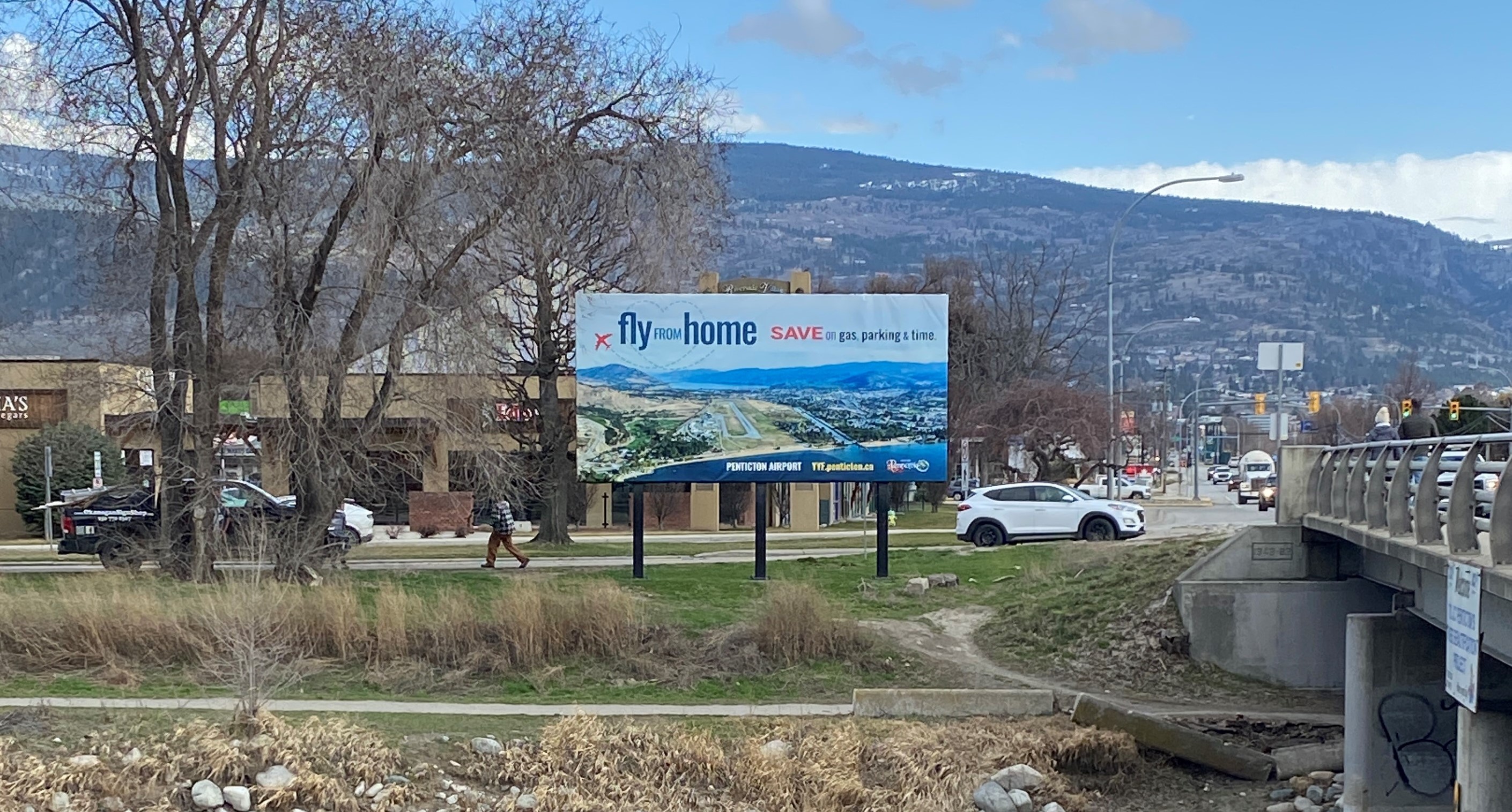 Pictured below: New billboard installed at the intersection of Hwy 3A and Okanagan Highway 97 in Kaleden. 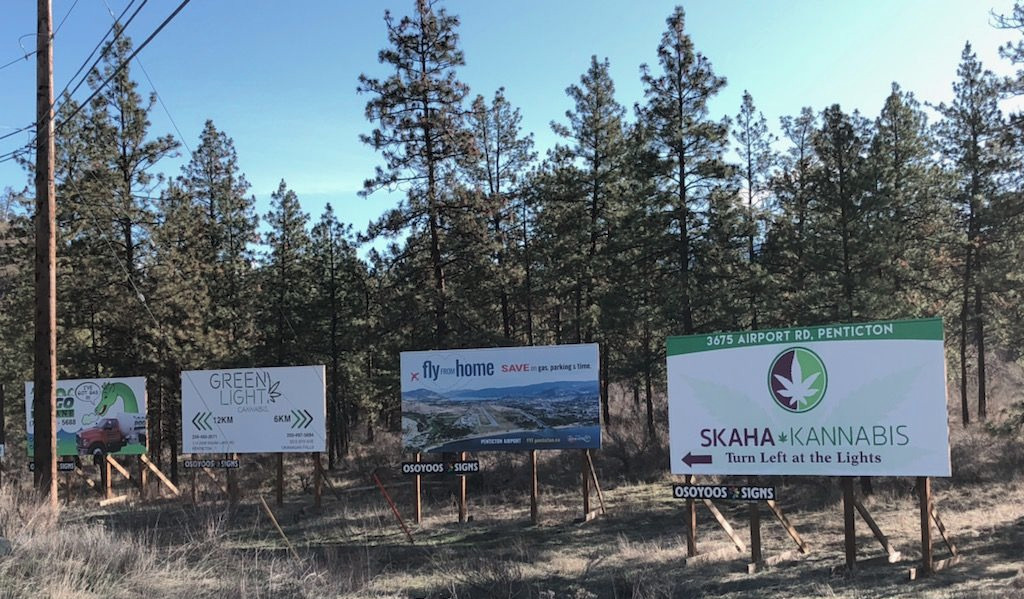 Penticton Airport is the ideal choice for flying to and from the South Okanagan. We’re quicker and closer to everything this year-round playground has to offer.

Sign up for email news updates from Penticton Airport

How would you like to receive news updates involving YYF Penticton Airport straight to your email? Posts are created by the City of Penticton and you can unsubscribe at any time.