Often when travelling to an airport, your eyes are on the sky. But this time of year, at YYF Penticton Airport, you may want to look down to see something you might not expect to see near the terminal – Western Painted turtles.

During spring, these little creatures, which nest in the Penticton Indian Band oxbow near the Penticton Channel, take a journey across Airport Road. They may be seen intermittently, and this sign marks the location of the turtle crossing. 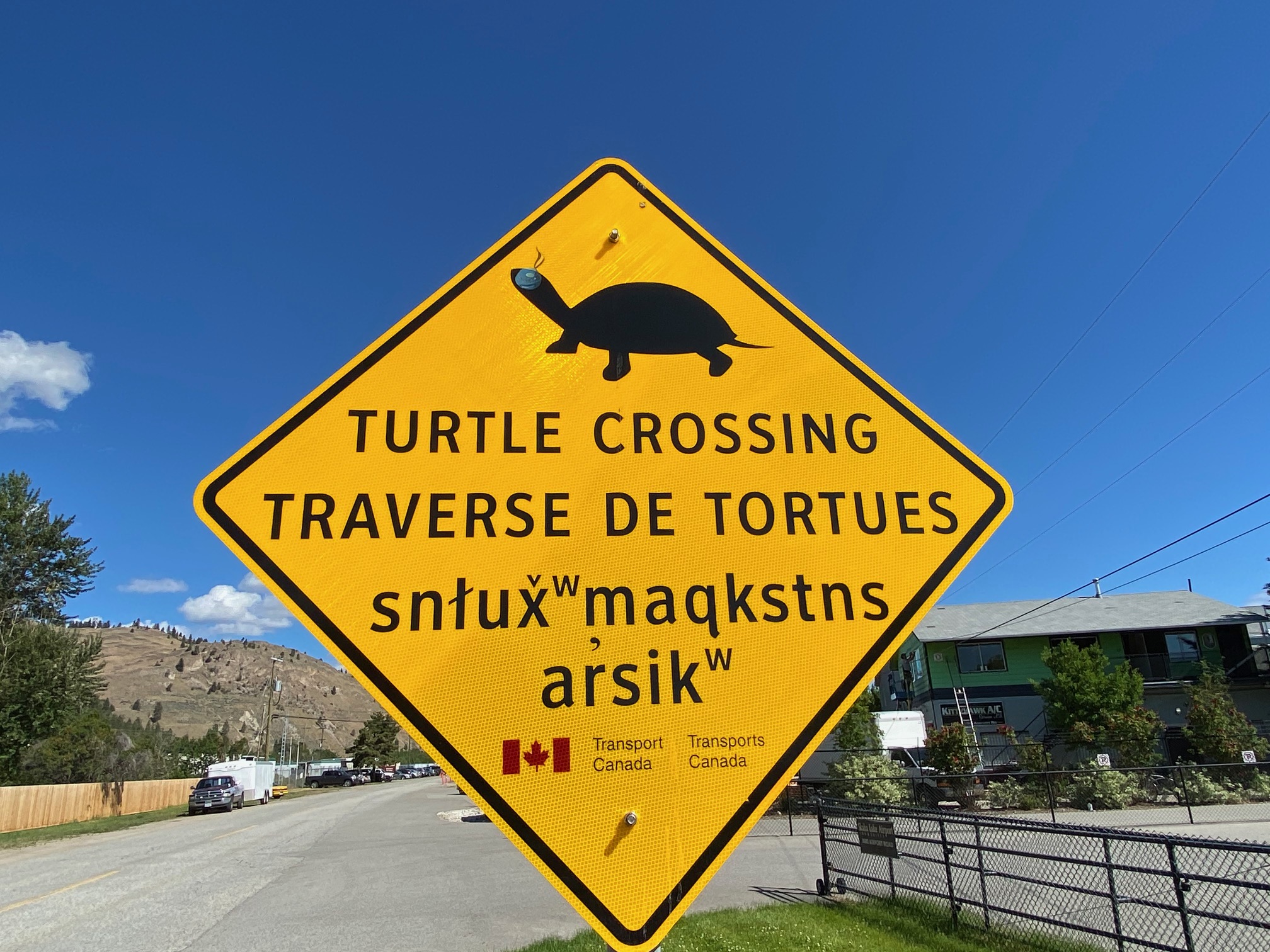 To protect these species, a Western Painted Turtle Habitat Enhancement Project site has been created on the terminal grounds, with a chain-link perimeter fence installed in 2013 between the airport and the oxbow. The fence was modified in 2015 to make it possible for turtles to pass through the fence, while keeping larger animals like coyotes out.

What are Western Painted Turtles?

The Western Painted turtle (Chrysemys picta belli) is a small pond turtle found in western Canada and the United States. While the upper shell is dark, the turtle gets its name from the vibrant red colouring along on the bottom shell and yellow stripes on its skin.

The group occupying the south Okanagan Valley is known as the Intermountain-Rocky Mountain population and is provincially blue-listed, which means it’s of special concern under the Species at Risk Act. According to the B.C. Wildlife Act, it’s unlawful to capture the turtles.

Thank you and see you all – creatures great and small – at YYF!